When I’m with my bike, “Where’s your helmet?!” is a real popular question from just about anybody who feels entitled to exercise passive-aggressive judgment in question form. Thankfully, I don’t feel the gall to ask total strangers “Do you really need another martini?”, “How about salad instead of fries?” or “Are you sure about the tank top?” – even after it’s clearly too late.

When I was a kid growing up in the ’70s and ’80s in Lakewood, Ohio, a suburb of Cleveland, riding a bike was fun, not serious. In our early years, we rode upright on Huffy Dragsters and dirt bikes, doing fast turns, going down hills and catching air on crude homemade ramps on the driveway. And sometimes we fell. When we fell, whether sideways or front-ways, our hands met the ground. We didn’t wear special bicycling clothes, and none of us wore any of these motorbike helmets.

I was the youngest of five when I learned to ride a bike in the mid ’70s. My oldest sibling, my sister Tracy, had an upright Schwinn. Between her bike, my bike, my other siblings’ bikes in the garage and most of the other bikes in the neighborhood, the mode of cycling was upright. Still no special cycling clothes, still no helmets.

Then, in 1979, a hit movie called Breaking Away came out. Suddenly, all across America, recreational cyclists wanted to be like the Americans in the movie, who wanted to be like the Italians in the movie: a rendition of pro racers hunched over ten-speeds. In the hunched-over position, riders weren’t looking around anymore. They were now face-down, limiting their periphery to forward and down, putting every other direction in a blind spot. In those pre-Armstrong days, the racer model that was spreading like the flu had amateur riders flirting with speeds that only seasoned professionals should reach in a controlled environment – not an environment shared with cars or pedestrians.

Upright Dutch-model bikes started to become passé, written off as uncool, old lady, Wicked Witch of the West bikes. The newly popular model, the racer model, started to permeate the culture, becoming what Americans think cycling meant: cycling meant racing, or some derivative thereof. Out of necessity and with thanks to the racing influence, helmets entered the scene because cycling started to become dangerous, literally.

From the time Lance Armstrong took his first major victory in the early ’90s, cycling culture in America has been dominated by racing. Drunk on it, actually. Not only does everyone suddenly need a helmet, but we also need specialized gear and tight Lycra clothes with taint padding. The bikes themselves are razor-thin, feather-light contraptions, helping the non-professional rider go even faster. It’s all about the extreme… extreme lightweight, extreme racing, extreme speed, extreme tension on the face of the rider. And apparently extremely dangerous all of a sudden.

Then there’s the phenomenon known as “risk compensation.” Grant Petersen explains it perfectly in his book Just Ride, but I’ll try to summarize it here. Risk compensation is a psychological phenomenon that consciously or subconsciously affects our behavior when we wear protective equipment during a perceived dangerous activity. In football pads and helmets, kevlar vests, snake boots and, yes, bike helmets, we behave differently – with an increased sense of invincibility or recklessness, as if the protective gear is some kind of insurance against misfortune. As someone who was once a helmeted practitioner of the racer model and now an unhelmeted practitioner of the upright Dutch model, I can ascertain that there is a remarkable difference in how I ride.

The data on the safety and reliability of bike helmets is a conflicted mixed bag. One statistic in which I’d be particularly interested is one that shows a breakdown in bicycle head injuries based on the type of cycling that was practiced: Of all bicycle head injuries, I’d love to know the percentage of victims who practiced the racer/messenger/daredevil model as opposed to the slower, upright, Dutch model. Unfortunately, I don’t think it’s a statistic we’ll ever know, but I think the distinction is legitimate and important.

I’m not anti-helmet, but I am anti-propaganda when it comes to companies capitalizing on fear and the perpetuation that bicycling is or even should be perceived as a dangerous activity. Because it shouldn’t be. When it comes to enjoying a bicycle, I will leave the specialized gear, the specialized clothes, the specialized bikes and, yes, the helmet to those intoxicated by the Armstrong Effect. This recovered daredevil has retired into a sane, sober and civilized model of cycling, and I’m loving the ride, just like I did when I was a kid. Without the helmet.

NOTE: As a commenter, you are a guest in my house. While the web is a fabulously democratic medium, georgehahn.com is not a democracy. I am genuinely happy to inspire any kind of dialogue, whether in agreement or disagreement with my point of view or that of another commenter, provided that the dialog is expressed in a civil and respectful manner. Every comment is moderated. Any that fail to meet this simple requirement will never see the light of day. So don’t even bother.

Liked it? Take a second to support George Hahn on Patreon! 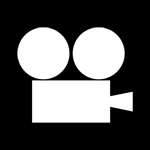 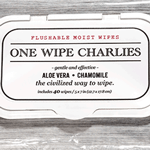 Dollar Shave Club Is Now After Your Ass

Catching Up with My Friend Ann Richards

The Disconnect Between “Happiness” and “More”

A Thrilling Hour in the Co-Host Chair on Pivot

Save the Planet. Move to the City.

Scatter My Gratitude at Bergdorf’s

Talk to me... Cancel reply

This site uses Akismet to reduce spam. Learn how your comment data is processed.